We use cookies to get statistics on how this website is used and to improve user experience.

Where do you come from?

I am 46 years old, single, born in Nantes, in the western part of France, I now live near Versailles close to Paris in France. I am an electronic system engineer and project manager working in embedded systems.
Currently, I work inside an automotive company that is part of Volvo Group which creates heavy trucks vehicles. During my career, I worked also in embedded systems for aircraft manufacturers. I am proud to say that some of my work is currently flying on the Bell-Boeing V22 Osprey, Dassault Rafale, Airbus A380, A350…etc.

When and why did you join IVAO?

I have joined IVAO in August 2003, prior to that I have always been a flight simulator enthusiast. I flew on FS3, FS4, FS5 and FS95 on PC. When I started my professional career, back in 1996, I had to stop my flight simulation activities, until the launch of the flight simulator 2002. While I was searching for additional aircrafts, I discovered some Virtual Airlines attached to IVAO and VATSIM.

After 2 months of some hesitation but also of some research, I clicked on the SUBMIT button on the IVAO website. I joined IVAO to avoid flying alone, but at the same time the perspective of ATC coverage was very attractive. During this time I realised that IVAO was there to help flying in a more realistic content.

How did your staff career started?

My career in IVAO as a staff started in 2004, a few months after I joining the network, the France division was looking for an Assistant FIR chief for the Bordeaux FIR (LFBB), I decided to apply, and I ended up getting the job.

Two years later in 2006, I succeeded the former exam SEC (I1) and I became an associated examiner to FR-TC and FR-TAC, at that time there was no training advisors, it was created later. In the same year, I became Paris FIR chief (LFFF), also, upon the creation of the training advisor position I joined the french training team. Later, I started the creation of the Paris first exploitation manual which explains all the procedure and the difference between IVAO and reality, but also what can and can not be done in IVAO to provide a better air traffic control, this was my first “big” documentation for IVAO.

Around 2008, I was promoted to training assistant coordinator of the French division, together with the training coordinator, I organised the training experience to be the best as possible. Between 2010 and 2012, and after IVAO HQ formally recognising IPACK as outdated, my former directors allowed me to create the new French documentation, with the help with my former training coordinator, I start to creating documents. I have created alone about 80% of the hundreds available documentation in French division. In 2011, I finally joined HQ training department as Training Documentation Advisor.

The documentation team, at that time was pretty new and it was led by people who did not know how to make the job with the required accuracy due to the fact that they had experience on how to create extensive documentation. I used to give some advices about the right strategy to be applied but it was not recognised by others. Then, my strategy was to wait for the documentation team to fail its objective (I am sorry today to say that, but it was the reality). Then, TAD proposed my profile to TD as TDM. As new TDM, I started my long work, reconstructing the documentation step by step with a new, and more complete strategy.

Recently I joined the software department to manage the coordination between members and developers, and for the support of X-ivap as beta tester. 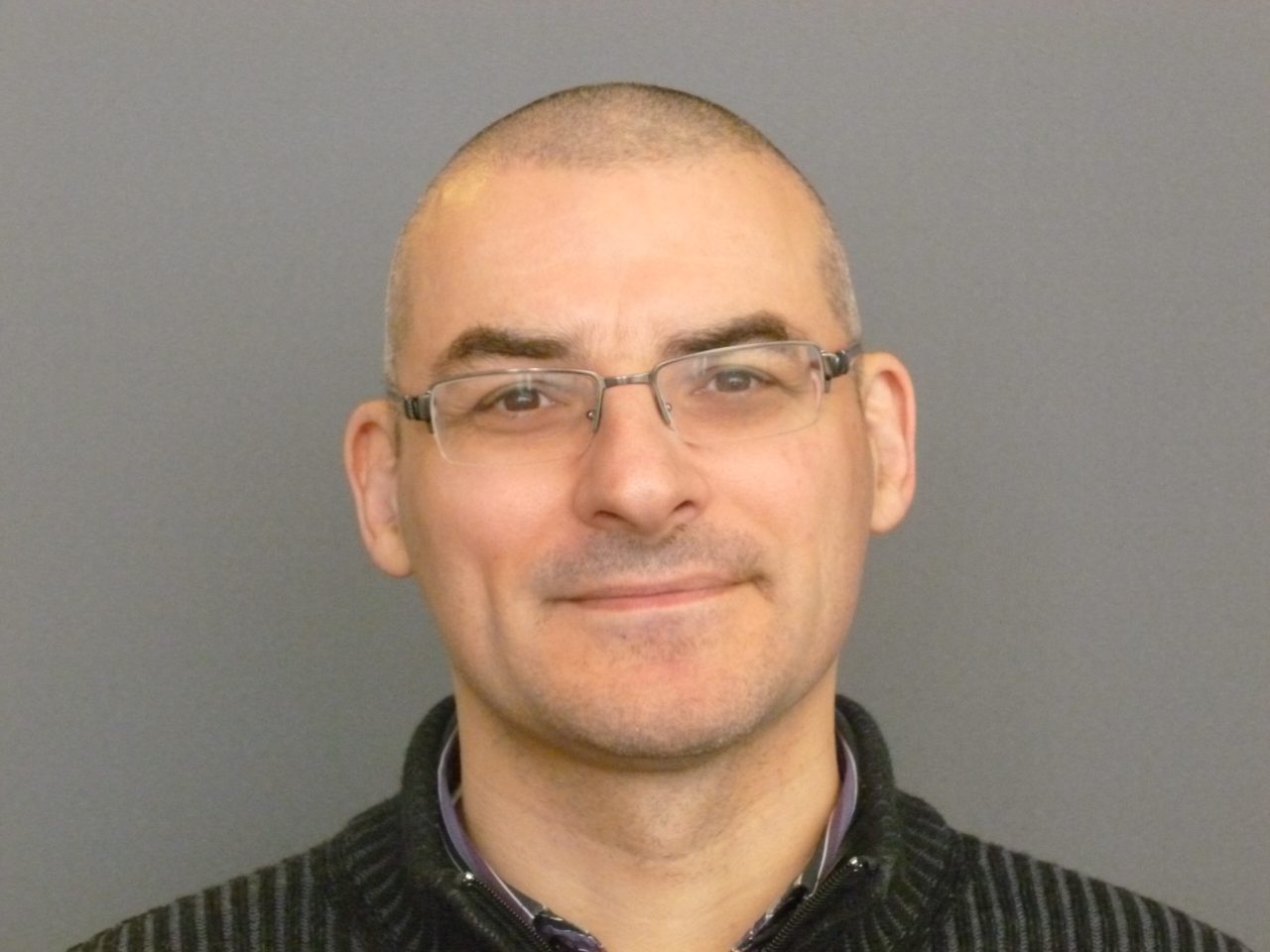 What does IVAO mean to you?

IVAO is full of friendly aviation enthusiasts who share the same desire to fly and control together. IVAO is also a friendly network which accepts beginners and offers training for them to become better pilots and controllers.

Why do you invest all this time and effort to the community?

I learned a lot with IVAO abou real world aviation, I always wanted to retribute the time of every instruction I received from my former instructors.

As a beginner in my early years, I always complained to my staff that documentation was always outdated and with wrong information, the answer was always the same –  “That’s not our job”. This lack of information was for me, a major problem to progress in IVAO ranks, due to the lack of access to the information.

With my training career in IVAO, I wanted to work for the new members and give them the best theoretical documentation.

Why do you invest all this time and effort to the community?

My satisfaction is to know that the documentation is very useful, especially from newcomers, and training staff that finds exactly the official source of the right knowledge for IVAO. Before this extended documentation, IVAO instruction was more like “I am the instructor, trust me”).

I love the fact that many of the documentation created by me (HQ and FR) was being used in real aviation schools in France, and all around the world.

I always said that all the network staff shall work for the benefit of IVAO member and not for their own. I love Star Trek philosophy and the following Vulcan axiom is always in my mind: “the needs of the many outweigh the needs of the few”. Many staffs should think about this axiom and should work on applying it.

Recently, you have been awarded with IVAO Medal Of Honor, were you surprised by the Award?

Of course, I am surprised by receiving this award, I have never thought about it, as you cannot ask this award and the attribution criteria are not public, it depends on how the BOG perceives your work and your dedication, especially when you are not at the most wanted and prestigious staff position, like me.

As you know, my personality is not expansive. All good feedbacks are welcome and give you heartwarming.

I really appreciate the initial message published by you (Fares Belkhiria) and all feedbacks from the training directors, the current ones and the former ones, especially one of them. He will recognise himself as I thanked him directly by phone.

Some members also sent private messages saying “Finally, you have it”. That situation shows me that many members and staff support my daily work behind the scenes.

Making documentation is not a considerer a “noble” task within, my staff position is mainly perceived as of low responsibility, but I can assure you that my job is one of the hardest jobs in IVAO ( if you do this task for more than three months). So many people think that it is easy to make documentation, but all my documentation is personalised for the current IVAO structure and written with pedagogy in function of the reading level and objective of the document, this is not a simple copy and paste work.

IVAO is celebrating its 20 years. How does that make you feel?

I am not so close to the daily IVAO activity this year, as my real job is taking me so many hours, however, I already flew one event from DAAG to DTTA.

It is nice to see so many flights and divisions involved with this anniversary, congrats to the Event staff about this nice idea of 20 years event.

What do you hope for IVAO in the future?

For the future, I always hope for the best for our network, the priority of IVAO should be the new stable pilot client. It is URGENT! I do not understand why we lost so many years doing nothing for solving the current issues with our pilot client. We all knew that FSX is not maintained, and P3D is rising and new X-plane 11 is out, and in IVAO, we still have IVAP2 (not working well with P3D) and X-IVAP (in beta since its creation) and all members complain about issues not resolved and stability problem within the network. As an example, we created a topic 3 years ago to collect stability issues between pilot client and the network, and this topic is still alive today with more than 300 posts; the last record was dated January this year! For me, this situation is not acceptable from a regular member perspective, and also for me.

For the last 2 Years, the new BOG seems understanding the situation and allowed to recruit many developers, and start a new plan. We need to speed up the process, members are patient but unhappy, the Staff and the high staff are also unhappy with the situation too.

For the training part, we need to have an exam system that is more flexible. IVAO is attractive because we have a lot of members… We need to make sure that each staff member will work to keep them all inside our network and will not lose time doing politics against the benefit of the members.

That is the goal of my job today provide the best training of all existing networks to keep each member inside our organisation. That’s why we release this year the new IVAO training MediaWiki database, to have a modern training centre for all IVAO members and also to catch some from others network.

End of the Magazine, Beginning of a New Era of Virtual Sky