We've got a big history.

This year we are celebrating 25 years of IVAO. Twenty-five years of passion for aviation, community and continued development. 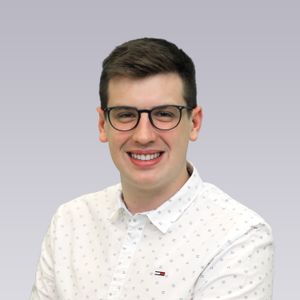 This year we are celebrating 25 years of IVAO. Twenty-five years of passion for aviation, community and continued development. More than 240,000 enthusiastic members have joined us along the way since our launch on the 16th December 1998; a year when Nasa announced there was enough water on the moon to support a human colony, in the opposite direction to last year, France won the FIFA World Cup final beating Brazil, Larry Page and Sergey Brin started Google Incorporated, and the first ever piece of the International Space Station was launched into space from a Kazakhstani Cosmodrome.

From our humble beginnings of SquawkBox and ProController at the end of the 1990s, connected to a simple flight simulation server (FSD), our network has transitioned into a modern and realistic online aviation environment that inspires the next generation of aviation enthusiasts and professionals from around the world to achieve their dreams.

IVAO has gone through enormous innovation and development since the network's opening and has developed easy-to-use, in-house software for flying and controlling, complimented by our complex and high-performing world and voice servers.

Not only did the technical side of the network get a facelift, but also its visual appearance has been adapted over the years from an old-looking typeface with a  Boeing 747 outline to a new, more modern, logo recognising IVAO’s progression and innovation with modern colours whilst still maintaining the 'Queen of the Sky'.

Besides IVAO, a lot has changed in the virtual aviation industry since 1998. Whereas the first version of Microsoft Flight Simulator in 1982 was considered a breakthrough, we're now flying in a hyperrealistic environment based on real-world satellite imagery and topographic models in Microsoft Flight Simulator 2020, utilising real-time weather and AI models. See the difference for yourself and watch the very first and latest trailer of IVAO.

You thrive, We thrive.

Leaving average in the dust and building something great.

IVAO's incredible development has only been made possible through the tireless commitment of thousands of voluntary colleagues, contributing their free time and expertise to the organisation and the constant feedback and participation of the community.

Craig Tyler, IVAO's President and network member for more than ten years, is proud of the organisation's staff members and community's achievements.

No matter the situation, IVAO's staff team always pull together to deliver for our users.

IVAO's had some setbacks throughout its life, but out of those setbacks come amazing achievements.

IVAO's really become pro-partners in recent times, as we continually expand our offering for third-party organisations.

It's a credit to IVAO's sponsors, especially Aerosoft, who have supported IVAO throughout its life.

Now, as go into 2023, IVAO is going from strength to strength and our users will love what we have in store for the near future!

Kanin Pornsinsiriruk, real-life A320 pilot and IVAO member for seven years,  has told us how IVAO has positively affected his career.

IVAO impacts my real-life daily. I joined this network back in the days when I applied for a student pilot license. Since then, IVAO has helped me improve my radiotelephony and flying skills. On IVAO, I can simulate and practice real aircraft procedures. As a result, my level of knowledge and experience in training was far greater than that of the other participants in the group.

Many things have changed since I registered for IVAO almost seven years ago. The self-developed software and various new and reworked web systems up my experience on IVAO daily. I also believe that former performance problems and issues with our organisational structure have been addressed and worked on.

I would like to take this opportunity and thank everyone involved in our beloved network's progression! I have learned much from IVAO and our community and couldn't imagine a better place to contribute my free time and knowledge.

What makes IVAO so special for you? Has IVAO impacted on your private life? Tell us your story, and get reposted!

We are glad you are part of our history and hope to spend thousands more hours with you as friends, pilots and ATC on IVAO. Stay tuned for some amazing offers throughout this year for our 25th anniversary!

Yours
Max
On behalf of the IVAO Staff Team 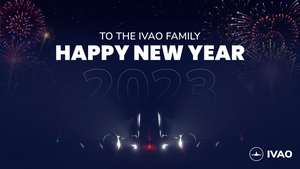